Perhaps you have seen them: flying bugs on the ice.

I’ve written but not published a few blogs over the past 2 months because the subjects were difficult and disturbing, and who wants to hear more bad news about life on earth? We have enough bad news. Critical perspectives, rooted in bad news, can point the way to positive directions, and philosophy serves the goal of living a good life—so I will not shy away from difficult subjects in the future, as I haven’t shied away in the past. Yet, I’ve been quiet lately because I’m sick of dealing with problems that other humans—our political and economic leaders—make. I wanted to listen to other voices besides ours, and selfishly did.

The ice stonefly in the picture is of the family Taeniopterygidae; another ice stonefly you might see this winter is of the family Capniidae. I love them for at least two reasons: 1) scientists know very little about them, except they produce a “blood serum” (glycerol, proteins, and sugars) that acts as antifreeze, and 2) they don’t know they’re not supposed to be running around and falling in love in freezing temperatures. They’re living mysteries and rule-breakers—expert stumpers.

Emerson famously opined that “Particular natural facts are symbols of particular spiritual facts”—and we can assume a transcendentalist finds an ample source of spiritual metaphors in the ice stonefly. I don’t look at the ice stonefly as a metaphor, however. When I look at it, I see a creature whose family has lived in our biome for at least 12,000 years (when the ice age ended). Its ice-loving behavior reveals that its ancestors lived on glacial ice, and that—even though the glaciers are long gone—it embodies, and feels and minds, a transgenerational memory with every lovelorn step of its six little feet. As our present economic order continues its collapse, and the ravages of climate change become unsurprising, I look to the ice stonefly as a guide, a mentor, an Obi-Wan.

I, too, am (dare I say “we are’?) a mystery generated by eons of evolution. We have been crafted by the elements, shaped by thunderstorms rainbows ice canine-&-molar-teeth solar-radiation bacteria fungus opposable-thumbs EVERYTHING. Our industrially designed selves are just a few generations old. The mechanized human, whether in the form of the cell phone tapper or the robocop, is dependent upon the economy that is collapsing and causing climate change. I seriously doubt it will survive, even though it is going to try as hard as it can to do so—with the assistance of our political and economic “leaders.” These leaders promise a future of constant mass consumerism that, as it is realized, hastens our global economic and ecological collapse.

After writing/not-publishing about how Obama has already ok’ed the Keystone tarsands pipeline (even while pretending he hasn’t), and how Japan sold Turkey nuclear power plants even while it has 3 core-breaches and active meltdowns in Fukushima, I tuned out and turned away from the nihilism of mechanized humans. If I had credible evidence that our political and economic leaders have learned from the mistakes their predecessors made, I would not be sickened, nor consider the “civilized” nations of the USA and Japan to be purposefully ignorant of basic principles of reality. But I am and they are.

Read all about it:

“Right now, a company called TransCanada has applied to build a new pipeline to speed more oil from Cushing to state-of-the-art refineries down on the Gulf Coast,” the president said, standing in front of rows of green-tinted pipes for an outdoor speech on a chilly, overcast morning at a TransCanada pipe storage yard near Cushing, Okla. “And today, I’m directing my administration to cut through the red tape, break through the bureaucratic hurdles and make this project a priority, to go ahead and get it done.”

Our political and economic “leaders” pretend to know what they are doing—”grow the economy so everybody can live like gas-guzzling Americans”—but evolution by natural selection is not a game of pretend. In the 12,000 years the ice stonefly has lived around here, civilizations have come and gone, come and gone, come and gone: each one with a belief that it was “god chosen” and destined to go to “heaven” or some wonderful place somewhere besides here. Pharoahs and fuhrers, and all the dress-up pretenders before, between and after them had their mysteries, and their worshipful cults.

The ice stonefly does not pretend. Its resiliency and persistence are natural facts that give me real (not metaphorical) reasons for hope.

When the economy crashes again, as it must because the present global economy is the economy of stock market bubbles that pop the moment after the inside-traders have shorted and cashed out, we will find ourselves in a place we did not expect, or prepare, to be.

We’ll all be “outside”: a place that, just like ourselves, we barely know. 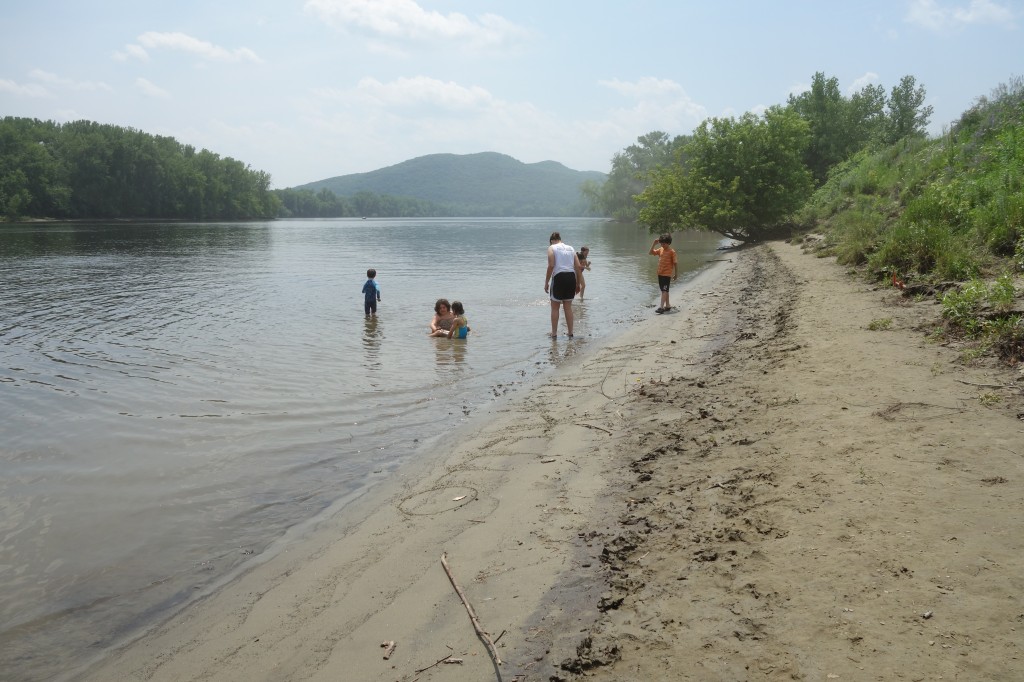