The Biocitizen Corps was up to its knees in chilly flowing water again this Fall, catching and inventory the bugs who live in the substrates of our rivers and brooks.

River bugs that trout love to eat, & that require cold oxygen-rich water, are the ones we hope to catch, because not only do trout (and trout fishers) love them; they can’t live in polluted water. If we find a lot of them, our river is clean and healthy. If we don’t, then … uh oh. 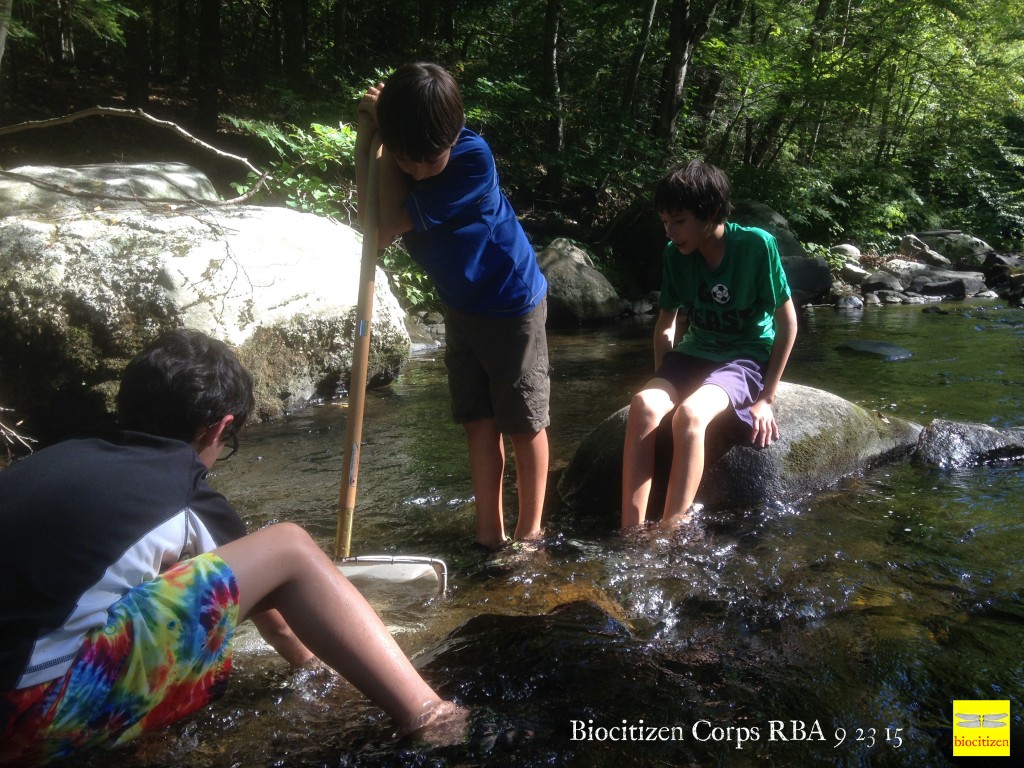 This year we took a break on doing Sodom Brook near HRHS in Westhampton, but we’ll return next year. 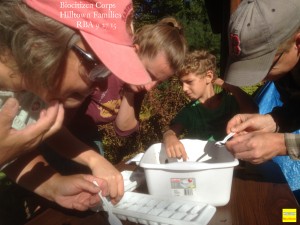 In general, the rivers and brooks in Chesterfield are colder, have more oxygen and provide better habitat and food for river bugs than those in Northampton. The results from the Mill River were, in fact, rather poor this year. 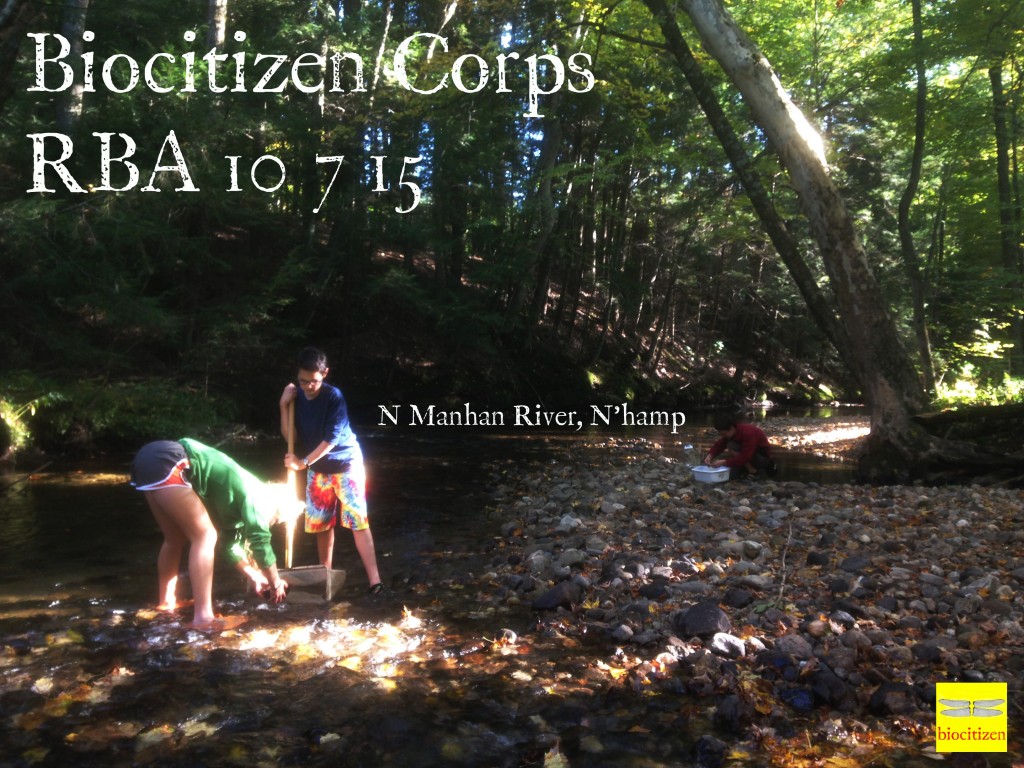 It is our hope that Massachusetts will someday do what Connecticut does: have a Department of Environmental Protection that supports, and provides guidance and a database for, citizens and students doing RBAs.

Come on Massachusetts, come on river lovers! Let’s show we love our rivers by doing these annual health check ups! The Corps will do them again next September—and you’ll be invited to join us. 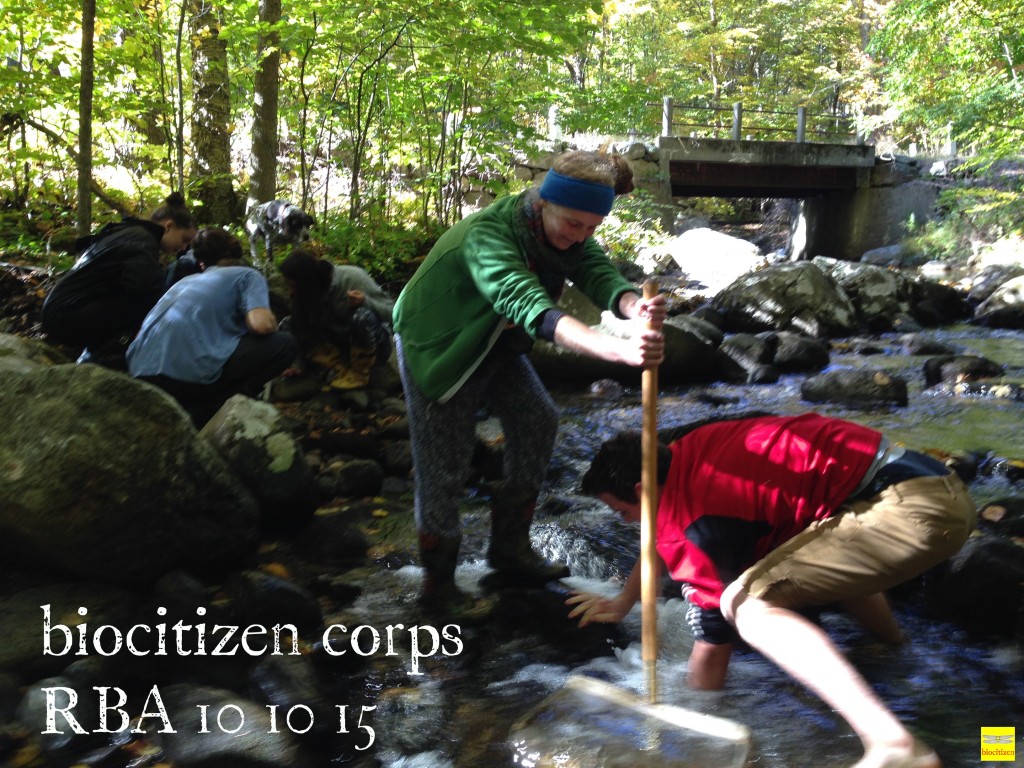 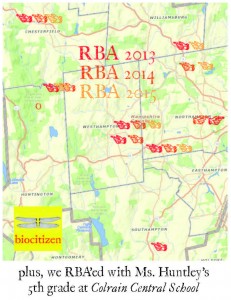 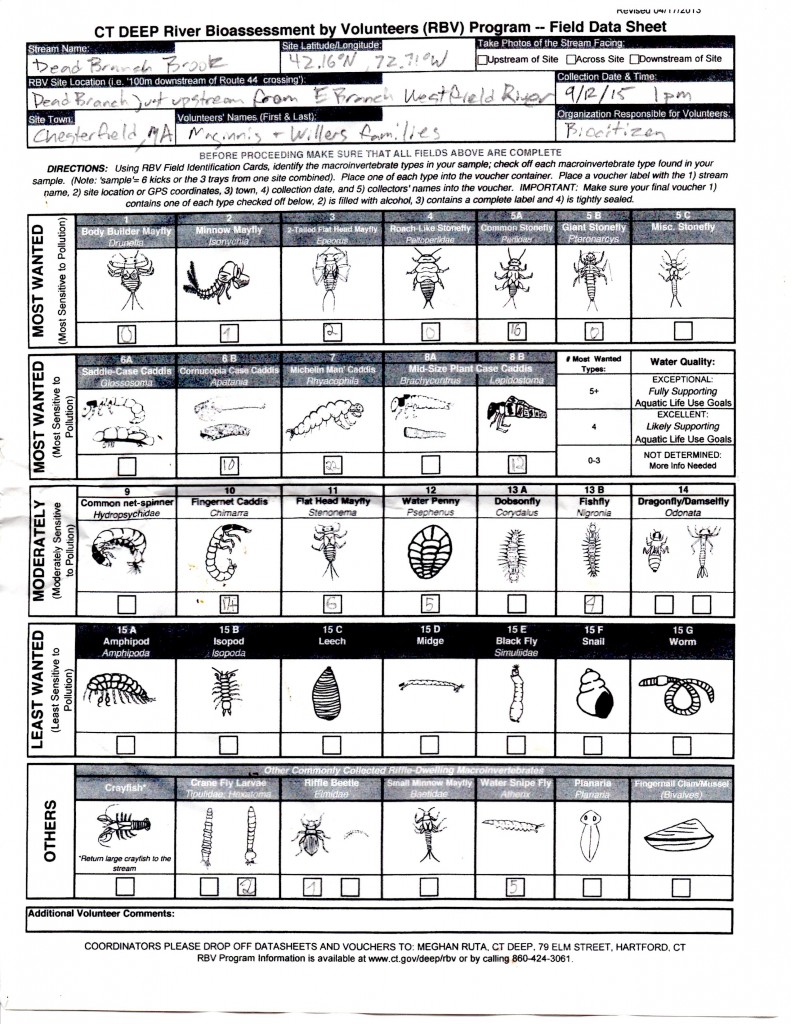 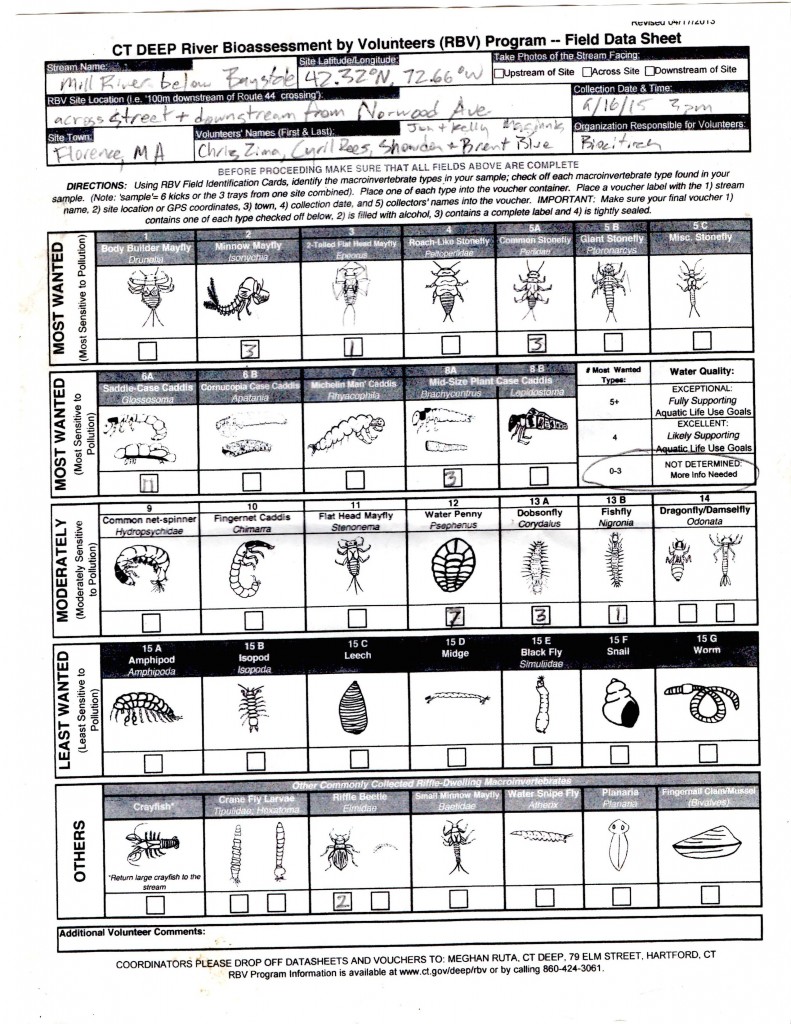 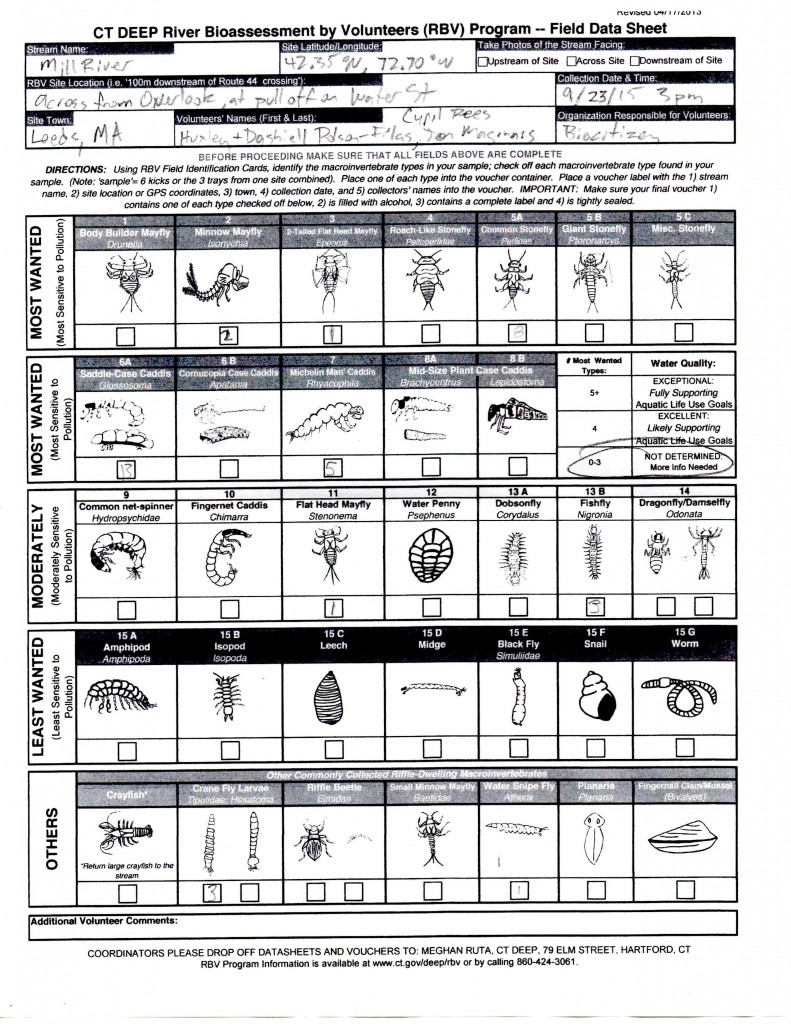 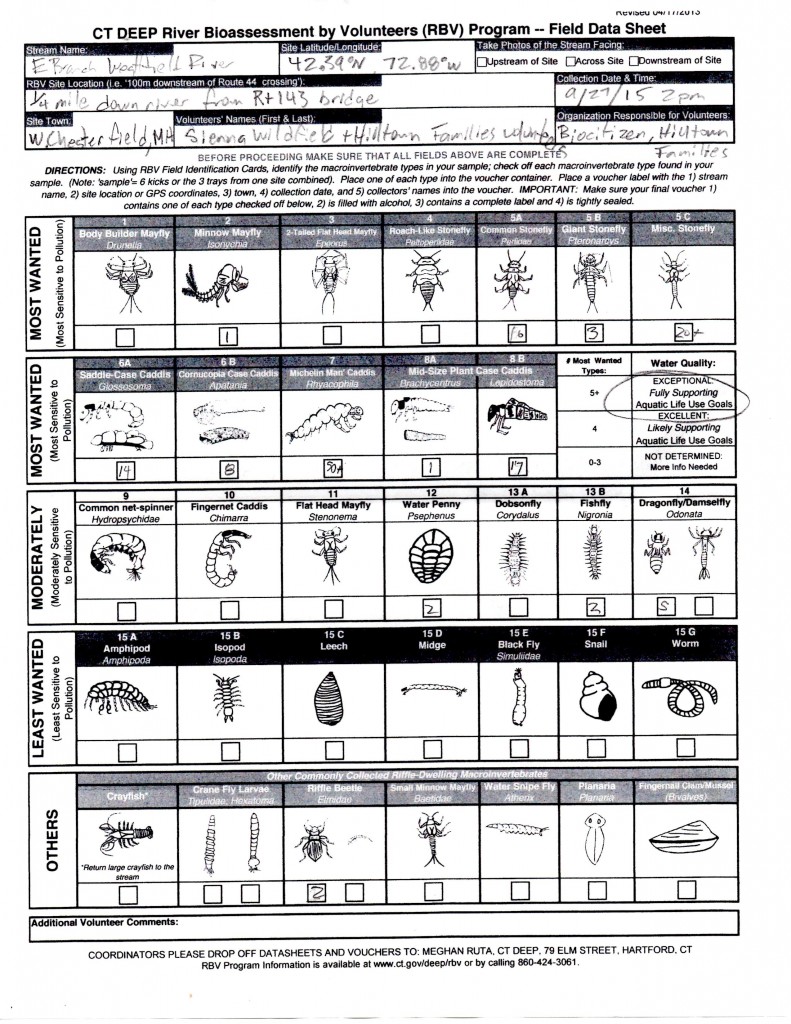 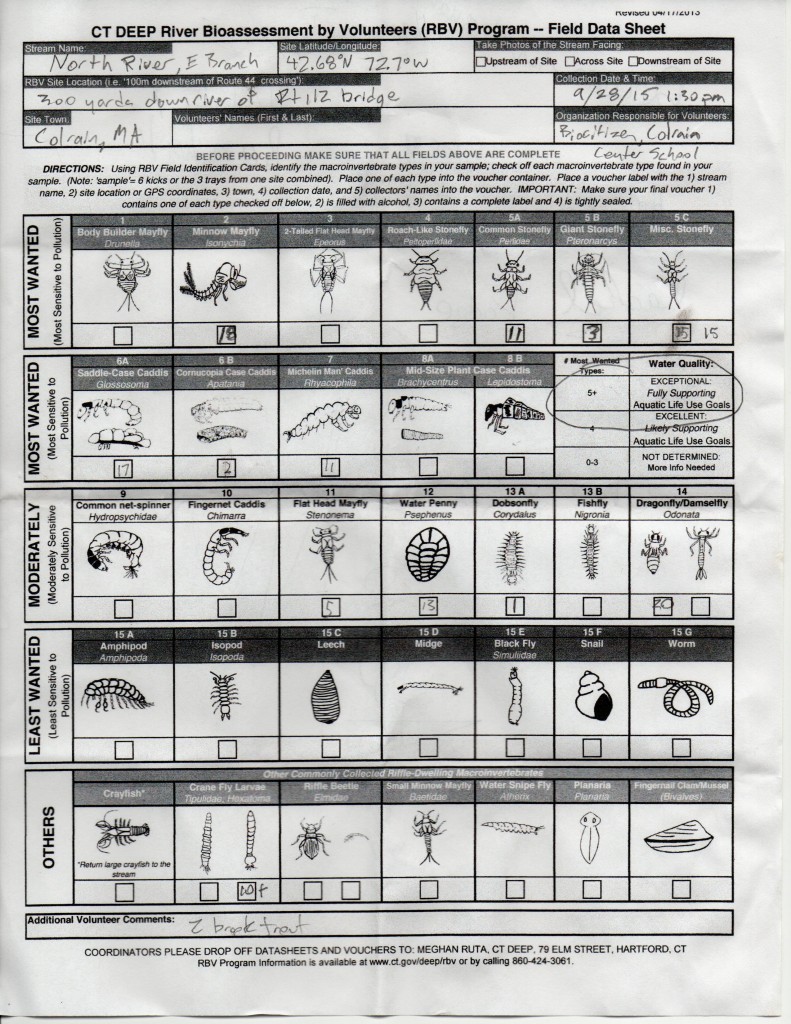 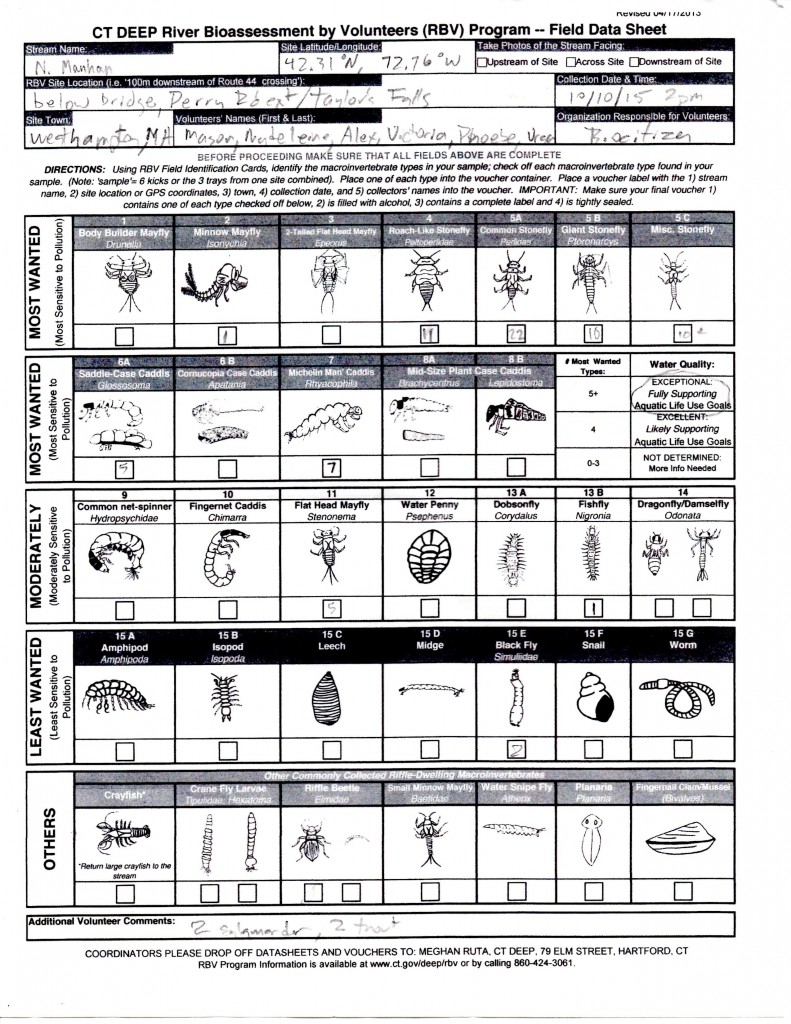