Biocitizen is honored to be collaborating with internationally respected migratory fish biologist Dr. Boyd Kynard in the establishment of the Living Rivers School. 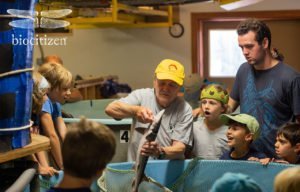 This summer at his sturgeon research lab in Erving, Boyd told our students, “If I can get anything over to you that is of value, it’s to have a conservation ethic. We must live with a conservation ethic. If we don’t, we have no chance at all for survival. None. Not for (the fish) and not for us.”  If you (click the hypertext and) look at the pictures, you see students listening closely, rapt with attention, absorbing his science and sharing his ethos. They left his fishways lab wanting to save the fish. 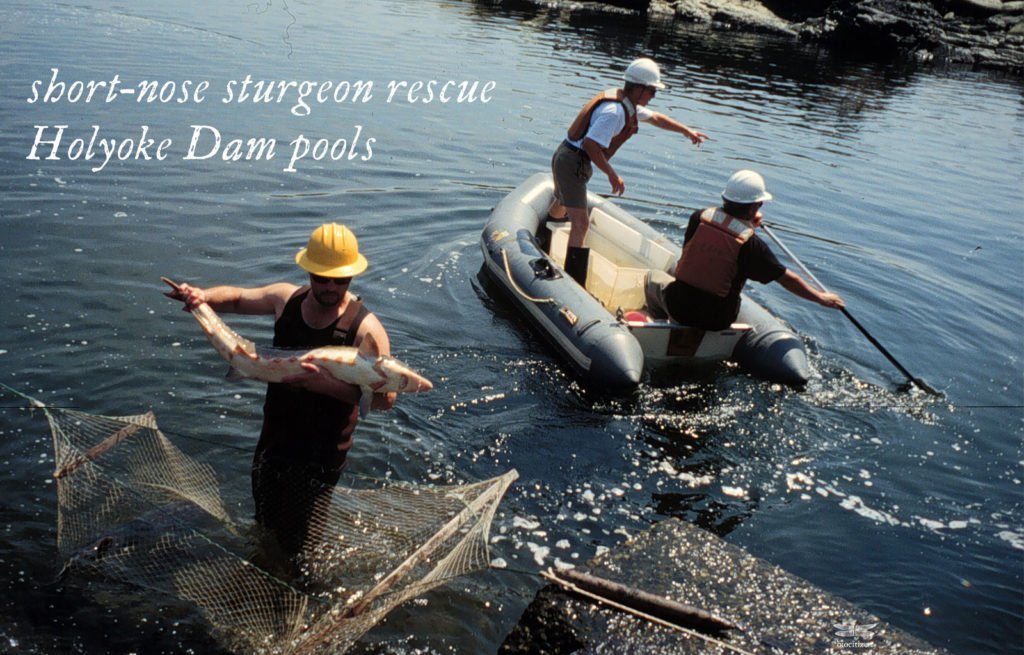 We can’t co-exist harmoniously with migratory fish unless we know how they see the world. Boyd knows how they see it, and puts his knowledge to good use. He founded BK Riverfish with his son, Brian to engineer fishways that actually work, because most don’t. Their Indiana fishway passed 7,000 fish in its first season—in a place no fish had passed upstream for a century. It’s a tourist destination now; people want to be near the fish. They like being close to a living river.

We must repeat that success on the Connecticut and its tributaries. If we can’t save its migratory fish, it’s probable that migratory fish won’t be saved on any river because the Connecticut with its famous Holyoke Dam fishlift, is considered a model of fisheries conservation by the EPA and USFWS.

Boyd’s unique background as a scientist, a conservation activist, teacher and engineer enables him to diagnose problems and provide solutions. He’s played principal roles in developing conservation plans for migratory fish in Europe, South America, and Asia. Here on the Connecticut he is the primary researcher and advocate for the endangered shortnose sturgeon. Because of his activism, the operators of the Holyoke Dam engineered return passage for the sturgeon so now they return to the sea; this glaring problem was ignored until he did the research and educated the regulatory authorities. As he said: “This is the first fish protective device of its kind in North America, and it is perfectly appropriate that it is in Holyoke and that Holyoke is taking the lead on this”.

Biocitizen is teaming with Boyd and BK Riverfish to do research that will lead to enlightened public awareness and treatment of the Connecticut River, our living river, alive with precious species including us! 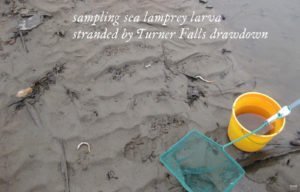