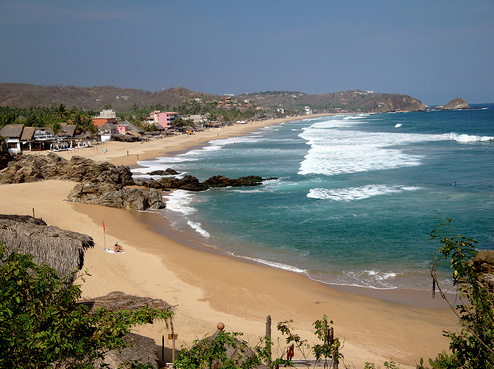 Notes for a definition of Field Environmental Philosophy (FEP)

1)   The academic industrial complex has succeeded in graduating several generations who have no “place” and are now suffering from it, economically, politically, aesthetically, existentially and biologically. “Placelessness” is an actual existential condition produced by the “Western” academic telos of the epistemologies of Plato (Republic), Augustine (City of God) and Descartes (Discourse on the Method) which, when practiced, constructs a self whose most valued part—“spirit”—exists “supernaturally,” i.e., outside/beyond “nature.”

2)   Their “spirit” is the pre-modern model for modern industrial capitalist self (described by Weber) or, more simply, the self of today’s banker (and of us who use banks) has/have no “place”—a fact that is revealed whenever the phrase “global free trade” is summoned to describe the banking system of industrial capitalism. (The phantom- character of the capitalist self is seen whenever the stock market crashes; the bankers who were considered smarter and richer than everybody else are instantly poor and know nothing.)

3)   Beyond the basic commodities that sustain our biologies, most of what passes as tradable goods do not bring health or happiness to those who work for and buy them (hence the need for advertising and warnings on packaging); and the production and consumption of them is a primary source of conflict, pollution and nihilism. The re-characterization of people in putatively democratic societies from being citizens to being consumers happens in concert with the comprehensive deregulation of corporate economic behaviors (under neoliberal political leadership), the appearance (in the US) of a military “Big Brother” surveillance/police state, and the rapid rise of a “might-is-right” plutocracy: the anti-democratic “1%.”

4)   SO: the academic industrial complex has been very successful in graduating generations of industrial capitalist actors, & creating an unhappy, unhealthy consumer- as opposed to citizen- based society whose economy is nothing more or less than planetary biocide. It destroys “nature” at the same time it destroys the Enlightenment heritage and epistemology of “natural rights.”

5)   It is no coincidence, then, that Thomas Jefferson (author of Declaration of Independence which provides the epistemological basis for Universal Declaration of Human Rights) wrote “freedom is the gift of nature,” and: “Jesus tells us that `God is a spirit.’ 4. John 24. but without defining what a spirit is {pneuma o Theos}. Down to the 3d. century we know that it was still deemed material; but of a lighter subtler matter than our gross bodies.” Jefferson’s, and by extension modern representative democracy’s, “spirit” is natural, contra Plato/Augustine/Descartes.

6)   The self without “place” is favored by capitalist bankers and totalitarian governments. The “placed” self is capable of creating and enforcing the laws of democracies.

Why FEP is necessary—

1)   FEP is grounded in biology and ecology, sciences that reveal that humans are, contra Plato et al, kin to all other creatures and endosymbiotic—existing only b/c we share our bodies with larger living systems that have evolved over eons, and that are not created, or creatable, by us. (Ex. Plankton produces 50% of the oxygen we breathe.)

2)   Proceeding from these facts, FEP provides experiences (educational, intellectual, aesthetic, psychosomatic) that stimulate participants’ awareness of the art(ifice) of their economically- and nationalistically- constructed selves.

3)   As this awareness is provoked, they become conscious of themselves as biocitizens: as animals (i.e., spirited beings) whose bodies are not entirely their own. Our bodies are part of the “long body” of planetary biodiversity.

4)   Attending this consciousness is a realization (contra the “spirit” of global free trade) that our lives are always dependent upon the living systems we are “placed” in (ex. local water supply).

5)   With this science-based regrounding of self via FEP, biocitizens are empowered to know and protect their “place”—which, manifesting en masse as the practice of FEP spreads, provides the secure foundation for economic and political reforms, without which we are doomed.  This regrounding catalyzes the epistemological and religious reforms, also, that will help our species to evolve endosymbiotically (as opposed to industro-technologically with its perilous, horrible and biocidal results).