This post is written by Marysia Borucinska-Begg, an amazing addition to our Field Environmental Philosophy teaching staff, who brings with her a background that includes being a recipient of a prestigious National Science Foundation fellowship.

This fellowship took her to Cape Horn, where she studied and worked with our Omora Park and University of North Texas friends. Sabrina Moore, who will work with Dr. Boyd Kynard in the Living Rivers School in August also received this honor, and will bring Biocitizen a kindred set of synergies! Moreover, our two Our Place Summer School assistant directors, Phoebe Gelbard and Ursa Heidinger have been awarded the same fellowship! They’ll be heading to Cape Horn in December to gain the same valuable training and life-experience, and make friends from Chile and all over the world! 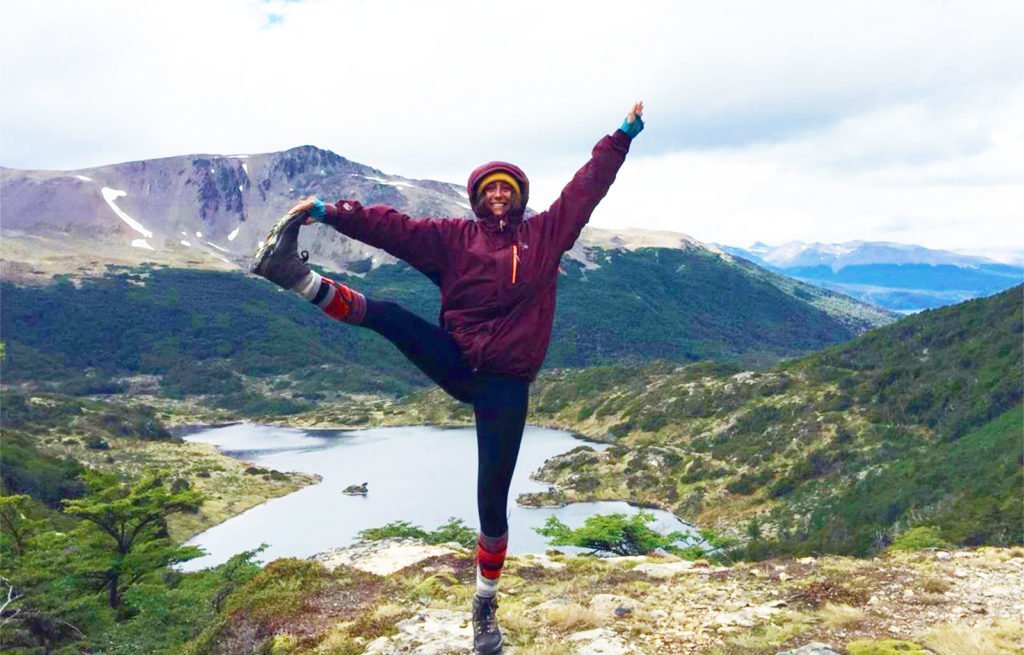 Take it away Marysia:

The National Science Foundation supports International Research Experiences for Students, or IRES grants, to young scholars across the country. What distinguishes the University of Northern Texas’ Sub-Antarctic Biocultural Conservation Program on Isla Navarino, Chile, is sincere focus on hands on research in an interdisciplinary vein. Students and their international mentors curate research projects with intent to aid in the conservation of one of the world’s most immaculate and biodiverse ecosystems: a temperate rainforest with bright blue surges of glacial waters at its banks.

It is a place whose landscape and inhabitants galvanized early naturalist Charles Darwin on his traverse through the Beagle Channel to write about many of his evolutionary theories. A mountain is named in his memory, mirroring similar dynamics of colonial names weaving into more ancient indigenous definitions of the landscape and its features. Yaghan, Mapuche, and other communities flourished in their bare skin along fish-rich coasts and beds of peat, drawing out a respect for foreign societies rarely mentioned in European endeavors across the ocean: a mutual ethical consideration of different social groups based upon striking indicators of a common human ancestor between Native and Western peoples made its way into Darwin’s work.

Charles’ visit to the illustrious Galápagos and descriptions of bizarre biodiversity distracts much popular scientific culture and history from these key philosophical ruminations, and their consequential evolutionary significance in determining human’s interconnectedness due to a common ancestor. However, Emerson and Thoreau’s meditations on Darwin’s writings in The Voyage of the Beagle inspired their own naturalist work right here in Western Mass.

The coexisting ecological and ethical lenses of studying the natural and anthropogenic history of the places between those supernal blue channels guided my own naturalist journey to understanding the value of bryophyte, or moss and lichen, species in this southern biome. From being used as food and burial services, to providing medicine, to withholding water for all of its co-inhabitants, the Magellanic region is ecologically and culturally reliant on a diverse and majorly endemic population of bryophytes (Rozzi et al. 2008). They are profound in pure attendance at first glance to this day, as they were almost 200 years ago in description:

“The view was imposing … Their curved & bent trunks are coated with lichens, as their roots are with moss; in fact the whole bottom is a swamp, where nothing grows except rushes & various sorts of moss. — the number of decaying & fallen trees reminded me of the Tropical forest” (Darwin 1832, p. 271).

The Omora Ethnobotanical Park is designed to coax its visitors into leaning down to take perspective of life from the standpoint of miniature forests and recognize the intimate formations and aesthetically enticing features of ground dwelling greenery deemed miniscule in size and thus importance.

But their roles in ecosystems and culture, and boundless shades and shapes invite us to explore an almost psychedelic aesthetic.

Other early scientists such as Ernst Haeckel drew bryophytes species in seemingly abstract but magnetizing illustrations along with other microbial forms of life he discovered at the shores of the Mediterranean.

Rivers, mountains, trails, and all the wild spaces between hosted new forms of moss and lichen to make us stop and kneel to the forest floor to uncover another layer of life – and it was along these walks that I formed great friendship with Jesse and Vicente, who shared a passion of kneeling and learning and teaching one another about the unbeknownst life forms forming molds around our steps up the mountains of Isla Navarino. We were bound to understanding even the most abandoned co-inhabitants of scientific and social focus, and all of their functions we took for granted while drinking some of the cleanest waters being filtered and procured by their small green bodies.

3 pics: Moss POV from the coastline of Puerto Williams in Isla Navarino, to the top of Cerro Bandera, to older forests in Laguna Parrillar National Reserve on mainland Magellanes: 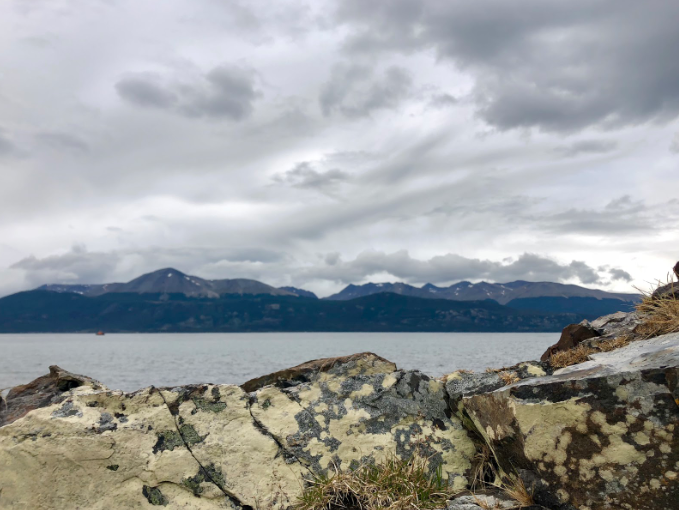 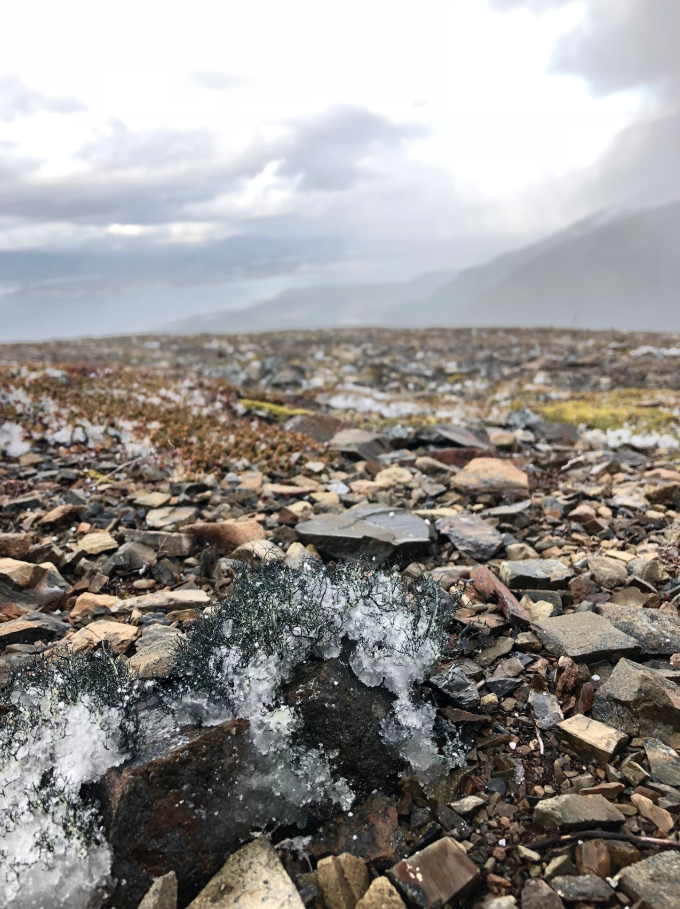 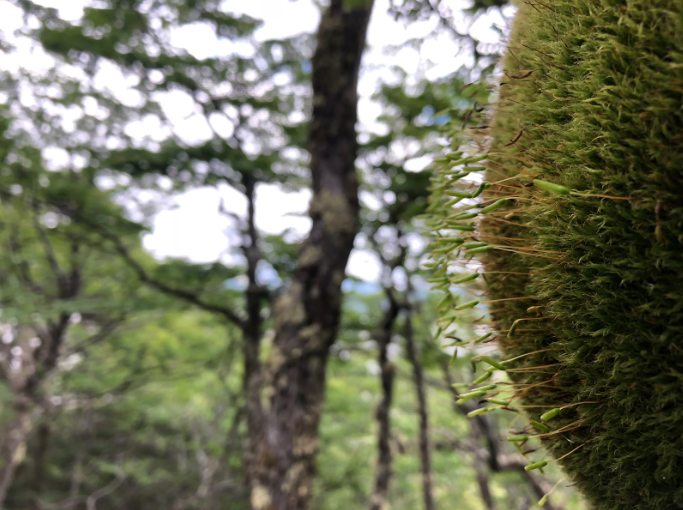 It is from the POV of new rock and tree bound species, I hope to learn and love the moss of Nonotuck’s rivers and valleys within this new community to which we belong this summer and always.