I posted recently about how the University of Connecticut sited its hazardous waste facility directly on top of its own water supply. 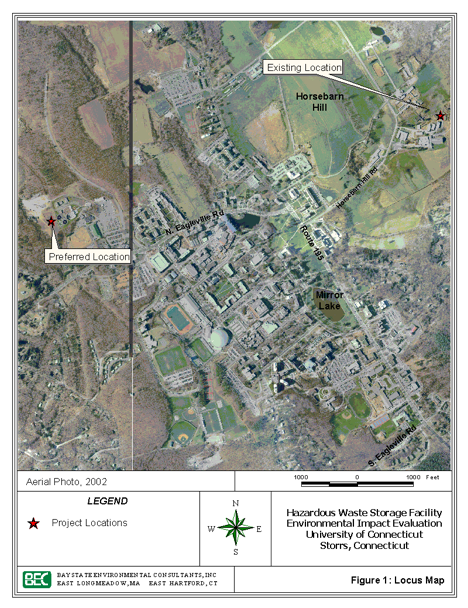 UConn promised to move the facility in 2005, but didn’t; and in 2010-11, I was told that the reason it wasn’t moved was because the UConn Police Chief didn’t want it moved for homeland security reasons. Apparently, he wanted terrorists to blow up the facility away from the campus, ok, on top of the wellfields, not ok.

Ick. I brought the issue to public debate in 2000. In the ten years that passed before the police chief gained control of the facility, UConn had convened two hazmat resiting commissions, and both had unanimously voted to move the facility, immediately.

Shocked was I, to see the hard work of these commissioners and dozens of other stakeholders brushed into the garbage by a single person.There had been no public announcement of the decision; it had been decided unilaterally, behind closed doors. I wanted to know this government employee’s reasoning, and used the Federal Freedom of Information Act to requested documents from his office with the words ‘hazardous waste facility’ in them.

At that time, coincidentally, he was getting hounded out of UConn—

Chief Hudd complied with FOIA, and I paid around $50. for a stack of copied docs. In the pile was a 2001 memo produced by the hazmat managers and the chief operating officer, at the request of the chancellor. I’d never seen it, and I’d seen everything, I thought. It was a sickening expression; the technocrats laid out their plan to never move the facility. The water issue was of no consequence to them.

The UConn administration, the chief, the hazmat managers: all of them refused to acknowledge the water. Keeping the facility where it was, was their mission because they wanted to have control over it. They had spoken publicly against the resiting, and in their foolish pride imagined moving it was a sign of weakness. The karma of these folks was not good; for ex., the poor chancellor moved on to become the prez of U Tenn, before he resigned, a failed leader and disrespected figure.

I found evidence in the police chief’s pile that revealed how UConn was consciously, consistently preventing the resiting: the most egregious example being found on this link. Is it possible, I wondered, that the chief was as disgusted as I was—and that’s why his FOIA compliance was so by-the-book? UConn threw him to the dogs, whoops I mean Huskies!

The reason I tell this story is because, unless you are actively trying to have environmental laws enforced, you might not know they are not really ever enforced, unless you force them to be enforced. For decades environmentalists have struggled to have laws enacted, and enforced, and have played by the rules of politics. Yet, look close and you see, all the environmental legal and political work is swept aside by homeland security.

For example: when I was active from 1998-2005, I had access to, and provided revision comments on, municipal water plans. After 911, citizens were forbidden to review them, because terrorists could use the info to kill people. I had copies of all plans I needed for my actions, and was able to use them through 2005; but they are now ancient history, out of date, unusable. Homeland Security has made it impossible for people to understand the water systems that give them, and their communities, life—and that they pay for. The decision-making process, once public, is done in private by technocrats. Democracy is lost.

We saw this exact thing happen at ground zero/911. The EPA withdrew from lower Manhattan, Homeland Security (or whatever it was called then) took over, and the workers became saturated with lethal poisons and fibers.

We see the same thing happening to the EPA with fracking. Since domestic energy production is a national security issue, EPA steps back and lets pollution spume, plume and doom. 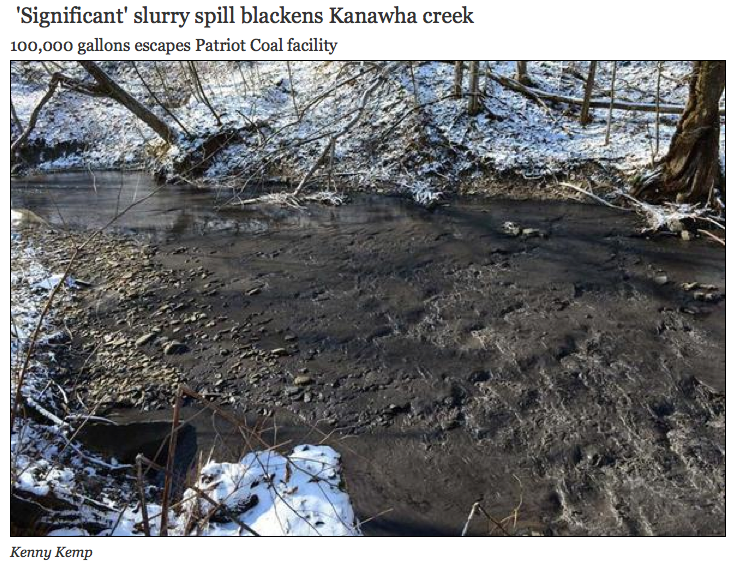 I saw the same thing happen in West Virginia today—

**CHARLESTON, W.Va. — More than 100,000 gallons of coal slurry poured into an eastern Kanawha County stream Tuesday in what officials were calling a “significant spill” from a Patriot Coal processing facility. ….

“This has had significant, adverse environmental impact to Fields Creek and an unknown amount of impact to the Kanawha River,” said Secretary Randy Huffman of the state Department of Environmental Protection. “This is a big deal, this is a significant slurry spill.”

“When this much coal slurry goes into the stream, it wipes the stream out.”**

Look what the Homeland Securitizers say:

**Earlier in the day, Jimmy Gianato, director of the Division of Homeland Security and Emergency Management, said he didn’t have a lot of details on the incident but was under the impression it wasn’t that serious.

“I don’t think there’s really anything to it,” Gianato said. “It turned out to be much of nothing.“**

Notice: when did the DEP arrive? What did it protect?

We must love our rivers and streams, because we can’t trust our government to do the same.