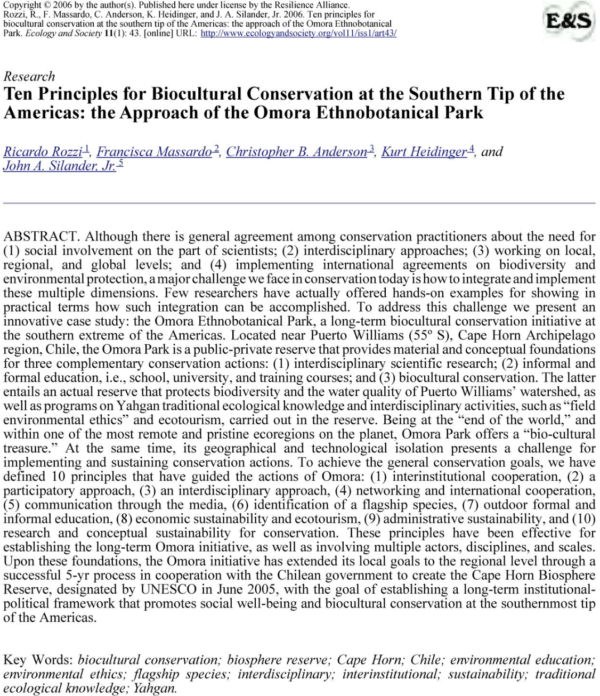 Kurt here—once upon a time (1998) I was invited by Ricardo Rozzi and Francisca Massardo to visit Navarino Island, where they were conducting conservation biology research. I am not a scientist, so while they were busy I freewalked the Dientes Range. In 2000, they invited me to be a co-founder of the Omora Ethnobotanical Park. I returned to Navarino again in 2001 and 2004, to help them and continue my own research into environmental aesthetics and eco-semiotics. In 2005, they organized the establishment of the Cape Horn Biosphere Reserve and with the assistance of the Center for Environmental Philosophy and UNT Dept. of Philosophy, we created the Tracing Darwin’s Path program. In 2006, I taught the premier course, mixing deep biotic immersions in the forests of Cape Horn with college-level readings and creative writing exercises; writing was read aloud, critiqued and celebrated, and the UNT students were graded and received 3 college credits for the 18 day course. Since then, Ricardo and Francisca have expanded TDP, and undertaken all sorts of kindred projects including the Cape Horn Research Center designed by Ennead.

In the Omora forest I had an epiphany—Field Environmental Philosophy needs to be taught … everywhere!

I left the Omora initiative with a record of achievement and success, promising Ricardo and Francisca that someday we’d be again collaborate.

Tracing Darwin’s Path in Cape Horn* shows we are back! This book is important, as it is 1) a biocultural history filled with stunning pictures of a part of the planet few are aware of and 2) the first history to reveal how Darwin “discovered” evolution in the Cape Horn region. 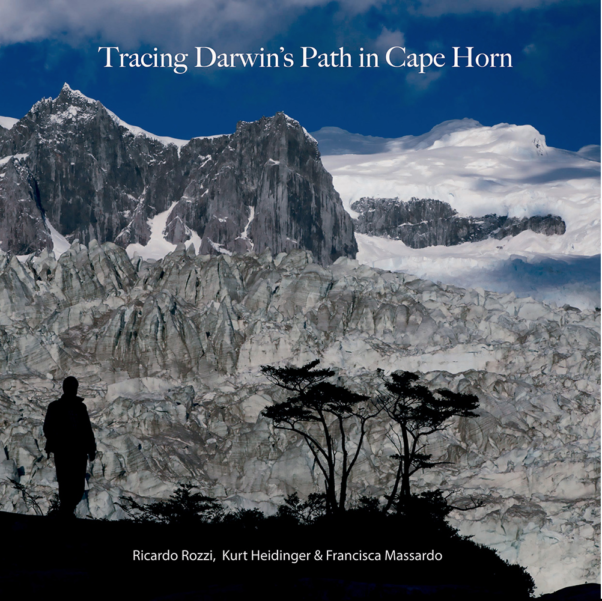 In short, Darwin received the theory of evolutionary descent from a single organism from his grandfather Erasmus Darwin, but it remained remote to him until he experienced the place and people of Cape Horn. What happened to him there changed his character permanently; he believed he had witnessed evidence of “descent” and from then on he dedicated himself prove his grandfather’s theory true. Evolution by natural selection is the principle that grounds the biological sciences, yet it would not have been proposed or defended by Darwin if he had not had this life-transforming experience.

Our book brings you, therefore, to both Cape Horn and the source of the most influential idea in modern history.

PS: Biocitizen will use this text in the soon to be announced Now Voyager Cape Horn: In Pursuit of the Sublime.

* $20 of every book purchase from Biocitizen goes to provide scholarships for Our Place Summer School students!